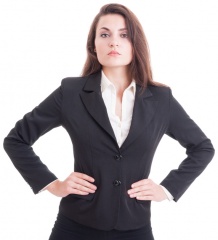 An important part of being dominant is making the decision to be so. This decision, when made deep down, is often what releases your power and is what your submissive partner surrenders to.

Other forms of power, beyond need or desire, are used in the actual engagement, and these can include:

In the case of bondage, we can see the disparity of power in the person-being-tied having their movement restricted at the "whim" of their partner. Some forms of bondage play involve the partner-in-control drawing attention to, or teasing, their tied partner about how helpless they are and how dependent they are on their partner for ability to go to the toilet, get a drink, and so on.

When power is lacking