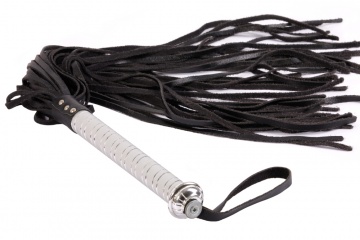 It typically involves a top repeatedly and regularly striking the upper back or buttocks of a physically restrained or immobile bottom with a swinging motion using a flogger.

It is distinct from caning, whipping, or cropping in a number of ways: 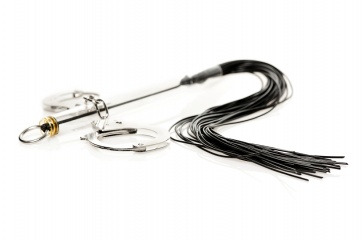 A flogger typically consists of a handle from which extend a large number of soft tails of plastic, hair, or leather. The tails are typically around half a meter in length. Most floggers also have a pommel on the end of the handle away from the tails for balance.

The tails are soft and flexible, and because they tend to strike the bottom all at the same time, they can create two different experiences for the bottom depending on the tail material and the tail length:

Thud
Each strike is a heavy, but distributed impact on the bottom. Instead of a sharp pain, per se, the bottom experiences this as a thud or thump which they may feel throughout the part of the body which is struck

Note that the intensity of the thud or sting will vary depending on how much force is used to swing the flogger.

Beyond the impact aspect of its use, the tails of a flogger can be draped over or dragged across the skin as part of sensation play. Sometimes this is done before or during a flogging scene to increase expectation of upcoming strokes. See also Techniques below.

Floggers can be applied in a large variety of ways.

As well as the above, a flogger can be used: 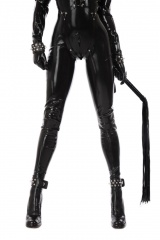 Penetration of the bottom occurs through:

Penetration of the top occurs through: