From PeterMastersHypno
(Redirected from Hypno fetish)
Jump to: navigation, search 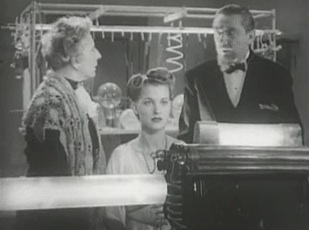 ↑Some people are introduced to the idea of hypnotising a beautiful partner from TV or old movies.

Hypnofetish is the use of hypnosis, or images of hypnosis, to cause or increase sexual arousal. The characteristics of hypnosis lend themselves to enhancing sexual pleasure anyway, but for some people just the idea of submitting to their partner while under hypnosis or, conversely, of controlling their partner sexually via hypnosis, adds significantly to the pleasure and excitement they experience.

People get introduced to this idea of being under someone else's control through hypnosis in many ways, sometimes as early as childhood. For example, there's a memorable scene in Disney's 1967 version of The Jungle Book where Kaa, the snake, hypnotises Mowgli, the young boy, and this scene is mentioned by many hypnofetishists as being an early initiation. Another example, from TV this time, is a scene from Scooby Doo where Daphne is hypnotised by an evil circus clown (who, unsurprisingly, uses a pocket watch on a chain).

Finally, another common source of hypnofetish inspiration is stage hypnosis. Many stage hypnotists travel around fairs, clubs, and colleges giving shows, hypnotising volunteers and making them do strange and funny things. When the audience is strictly adult, many of the stage hypnotists will do adult or X-rated shows where their subjects are compelled to imagine that they are doing strip tease dances or are having sex.

An important part of the sexual experience of both partners is going to come from the build-up to the actual hypnosis itself. This can help create expectation and excitement for what is to come. Part of the build-up is going to come from setting the scene. The use of a shiny pendant, a pocket watch on a chain, or a ticking wooden metronome as the object of focus for doing the hypnosis can add significantly to the excitement and anticipation.

While there are rapid or near instantaneous induction techniques for hypnotising someone, it can be quite sexually arousing for the partner doing the hypnotising to perform a conventional induction and to see their subject partner gradually going into a trance and, hence, going under their influence. 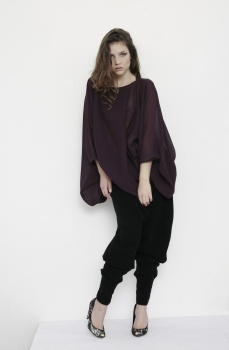 ↑Deep physical relaxation and lack of facial expression are common indicators of trance.

Strictly speaking, a fetish involving hypnosis is where the use of hypnosis itself alone is sexually arousing. This can be, for example, where just being hypnotised by someone (fully dressed and with no mention or hints about sex) is enough to trigger an erection or lubrication. While hypnosis can be used to enhance sex or to add spice or variety to sex as the rest of this site shows, for some people the mere presence of hypnosis is enough to add spice.

The strict, dictionary definition of fetish suggests that whatever it is that triggers the fetishistic sexual arousal should be completely non-sexual. At first glance, hypnosis appears to be non-sexual. However, research[1] shows that over 20% of young adults look at sex as being an opportunity to experience the power of their partner, and over 20% look at sex as an opportunity to exert power over their partner. Clearly hypnosis is one way they can experience this power because hypnosis is explicitly one person taking control of another and using that control.

Indeed, for the hypnofetishist hypnotising their partner and then combining the trance with some of the sexual activities discussed on this site, can be all their Christmases come at once!

The majority of sexual activities can be enhanced in some way through the use of hypnosis. This can be achieved through increased sexual arousal, decreased inhibitions, control of the timing of orgasms, removal of distractions, and more.

Post-hypnotic suggestion is where the subject is hypnotised and given one or more commands which they then follow after they have been woken up, often in response to a signal or trigger word from their partner. The sorts of commands which can be given include:

There are a large number of sexy or sexual ways post-hypnotic suggestion can be used and you can find more of them under fun and games.

While in a hypnotic trance it's possible for a person to become strongly involved in fantasy and role-playing images and situations created for them by their partner. These can include: 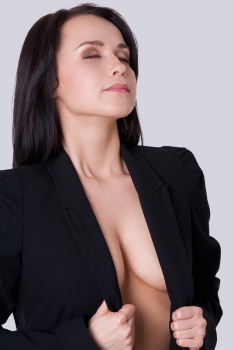 ↑Simply suggesting or commanding your hypnotised partner to become sexually aroused can cause them to start responding straight away.

The sexual responsiveness of someone in a trance can be either increased or decreased. While not a substitute for medical assistance in the case of genuine sexual dysfunction, hypnosis can be used to help get simultaneous orgasms, or to play with and tease your partner, such as by not letting them reach orgasm until you're ready for them to do so.

Some of the activities mentioned above will vary in effectiveness depending on depth of trance. While relaxation (which can be useful) occurs even in the lightest trance, some of the more powerful experiences---such as being able to get physically involved in fantasies or role-playing---require deeper trances.

How deeply someone goes into a trance is going to depend on a number of factors. These include: 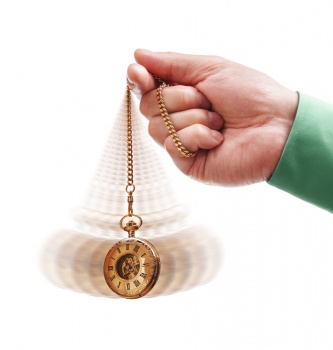 ↑Getting your partner to focus on something, such as an object or a visual image, is the usual way to start hypnotising someone.

The process of hypnotising your subject or partner is relatively straightforward to learn and perform. With an experienced and skilled subject you can have them in a trance in seconds, even without the use of pre-existing post-hypnotic triggers.

The process is described in the article on induction. You should keep in mind that once you and your partner are experienced hypnosis-wise, the lead up into the hypnosis session can be one of teasing and build-up as you both discuss and suggest sexy ideas to explore.

Hypnofetish on the Internet

Perhaps partly due to its anonymous nature, the Internet has become a popular clearing house for audio or visual media aimed at hypnofetishists.

Many people write stories about hypnosis and mind control. These can be a turn-on to read, either alone or with your partner. One good source of stories is:

Another is, of course, my own stories on this site.

You can usually find previews of such videos on YouTube, and the sites selling the videos can be found by searching using terms such as "hypnofetish", "hypnosis sex video", etc.

There are small, but enthusiastic groups of hypnofetish enthusiasts on the Internet who find pictures of hypnotised people, or pictures of people who look like they could be hypnotised, and post these pictures for others to share.

Going a step further, some fans will take the photos and "enhance" them by the addition of glowing eyes, spirals, and little narratives explaining how they imagine the person in the photo ended up in the complete state of helplessness they find themselves in. Often the people in the photos are women, and usually the narrative have something to do with "complete obedience" and possibly sex.