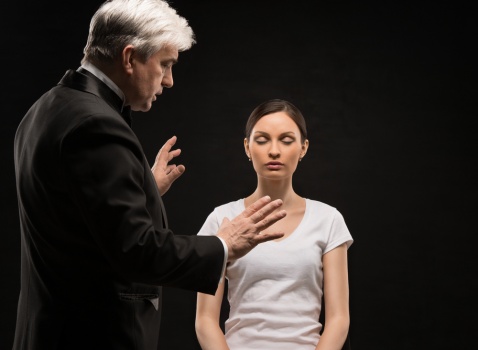 ↑Hypnotising someone is best done somewhere quiet where they won't be distracted by anything, and then by getting them to focus on something such as a visual image or a mental task such as counting backwards.

An induction is how someone is hypnotised. There are an enormous number of ways of doing this, though one thing they do have in common is that they involve the subject focussing on something as directed by the hypnotist.

Some rapid inductions may only take a few seconds, though it is probably more common for therapists and other practitioners to use longer inductions.

The ability to go into a trance is something that is learned. A person who is hypnotised for the first time will be less responsive and will not go into as deep a trance as they do on subsequent occasions.

It is frequently convenient, when someone is to be hypnotised regularly, that they be given a post-hypnotic suggestion which will put them into a trance on a signal from their hypnotist, rather than having to go through a full induction each time.

Taking someone through the process of being hypnotised, working with them while they're in the trance, and then waking them up at the end, generally follows the same series of steps.

To actually learn how to hypnotise someone you should seek training from someone already skilled, or--at the very least---find a good book which can explain the techniques in detail as well as the things to watch out for.

Below are the steps in brief.

You should also arrange to have everything you need beforehand because it can be difficult to quickly run out and get water if you or your hypnotised subject become thirsty, condoms if sex happens, and so on.

Sit your subject down in a comfortable chair. Make sure the room isn't too hot or too cold. Ensure that all distractions are removed---turn off the TV or radio, make sure there's no annoying clock ticking nearby, send the neighbour's kids to get an ice-cream, etc.

Discuss with them, as much as you wish, what's going to happen. Brief them on what it's like to be hypnotised and answer any questions they may have. Make sure they are fully comfortable with the idea. 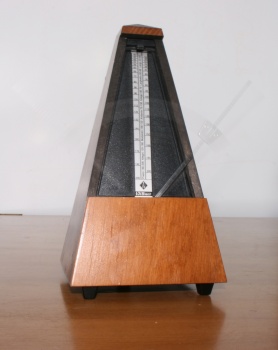 ↑Figure 1. The ticking of a metronome can be a good focus.

Almost all hypnosis starts with you getting your subject to focus on something. While looking into your eyes can work, looking at a shiny object held in front of them can be easier for you, or having them close their eyes and listen to a metronome (figure 1) or imagine some peaceful scene can also be very effective.

The important thing is that there are no distractions and that can fully focus their attention on this one things.

Start by suggesting what's going to happen to them: they will go into a trance; they will start to relax; their eyes will become heavy and start to close.

Once you see your subject starting to respond--such as their muscles start to relax, their head starts to fall forward---switch to present tense: they are going into a trance; the muscles in their body are relaxing; etc.

Once they're in the trance you being the cycle of:

Finally, you wake them up. Don't rush this because they may come out of the trance disoriented.

Some time after the trance, preferably sooner rather than later, and after you've finished playing with any post-hypnotic suggestions you've given them, debrief them. Find out what worked well for them and what didn't, and then feed this information back into the planning you do for your next session with this subject.